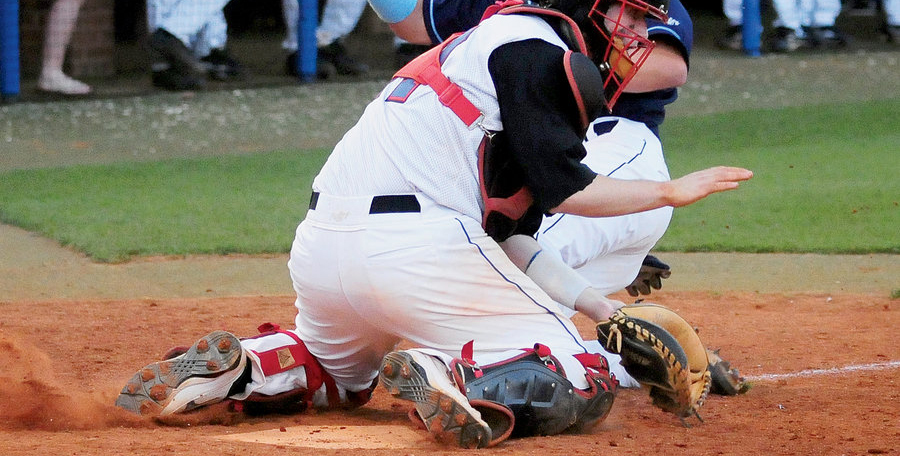 Every once in a while, I like to blog about personal items that really have nothing to do with financial planning or investing.  With that said, read along for a personal story with a baseball and truck driving twist.

LUCKY TO BE ALIVE

Some time ago, my 3 ½ year old daughter and I were driving home from my mother-in-law’s farm.  It was dark out and an eighteen wheeler came roaring up behind me flashing its lights, essentially requesting that I move over to let it through.

The driver continued to flash his lights, but I did not budge.  After all, the left lane is meant for passing.

Eventually, the driver decided to pass me on the right-hand side.  As he got about half way around me he came right into my lane.  I was forced to swerve into the left lane to avoid being hit by the tractor trailer.  I narrowly missed the vehicle that just passed by.

There is no doubt in my mind that this person was doing this to “send a message”.  I was inches away from not being able to share this article with you.

Since that day, a couple of things have occurred to me.

First, is that it probably would have been better for me to have gotten over so as to avoid the road rage of a person driving a lethal weapon and to avoid putting my daughter in such a position.  However, it never crossed my mind that this would be the intention of the truck driver.

Second, is that both the semi-truck driver and I have “equal” access to the road, which brings me to my soapbox moment regarding baseball.

ANY BASEBALL FANS OUT THERE?

In May of 2011, Buster Posey, catcher for the San Francisco Giants baseball team, had the ball thrown to him and was blocking home plate in an effort to prevent the runner from scoring.

The runner for the Florida Marlins rounded third base, setting up an inevitable collision at home plate.  The runner hit Buster Posey so hard that it caused him to fall backward and shatter his left leg.

During the 2012 National League Championship Series between the St. Louis Cardinals and the San Francisco Giants, announcer, Tim McCarver, made an unusual comment (in my opinion).

He said that the game of baseball needs to do a better job of protecting its catchers much like professional football has rules to protect its quarterbacks. Quarterbacks are often times defenseless, but in this situation, I personally believe that Buster Posey brought the pain and agony upon himself.

(UPDATE: Major League Baseball plans to eliminate home plate collisions, possibly as soon as next season but no later than 2015.)

I’m lucky to have avoided a collision on the highway with a unscrupulous truck driver.  But, not all truck drivers are bad.  In fact, I would venture to say that the vast majority are honest, safety-abiding, hard working individuals. Unfortunately, it only takes a few bad ones to spoil the whole bunch.

The same is true for Financial Planners.  The Bernie Madhoffs of the world give us all a bad rap.  But, we aren’t all bad guys or gals!!!

For those of you who have had the wool pulled over their eyes, there is hope.  There are professionals out there who can help clean up the messes made by other so-called professionals.  Just ask contractor Mike Holmes from the popular DIY series, Holmes Makes It Right. If choosing a financial planner is on your to do list, then feel free to reach out to us.

I hope you all have a safe and happy holiday season!!!

P.S. We would love to hear any comments you have, so please leave them below.  Also, if you’re just finding our blog for the first time, feel free to sign up for our eContent so that you can receive future content.  Lastly, if you enjoyed the article, then please click on one of the sharing icons below.

2 thoughts on “Blocking the Plate”

A Simple Guide to Wills and Estate Planning

Is Having One Year of Cash on Hand a Good Idea?