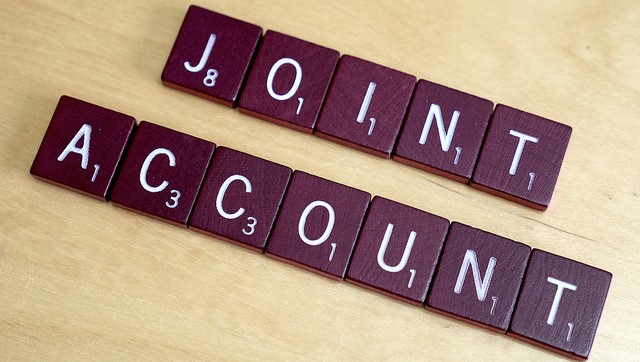 Can’t I Just Put Their Name on the Account?

To start with, let’s not hide from the question at hand: Yes, you can “accomplish” estate planning by doing nothing more than putting your spouse and/or children’s names on each of your assets. When you die, the assets to which you have added your family members’ names will automatically pass to those persons. (In legal jargon, we call this “by operation of law.”) This is a simple procedure which accomplishes one task: getting the jointly-held asset to the person you’ve made a joint owner, at little-to-no effort.

You’ve probably heard what they say about getting things for free, though, right? You get what you pay for.

What many people who ask this question may not know is that this simple technique is not only fraught with potential problems, it also lacks many of the other benefits that can only be gained by placing property into a trust, or other form of ownership.

There are tax and non-tax issues that must be considered. On certain assets when you add a joint owner, a gift is actually made to that person you’ve just named as co-owner, even on common examples like car titles, houses, and stock certificates. Once you add the joint owner on these types of property, all joint owners must join to sell or transfer the asset. And if the joint owner is not a spouse, putting the joint owner on the title of these assets is a taxable gift and can be a tax problem.

Take Brad, a widowed senior citizen with two adult daughters, Catherine and Daisy. Brad has $200,000 in a bank account and a house worth $100,000. Catherine lives in Missouri, like Brad, and Daisy is a financial analyst in Hong Kong. Brad worries about going to the hospital (or worse, a nursing home), and Catherine having access to his money to pay for his expenses. So he adds her name to the account. She now has full access to that $200,000. What could go wrong?

To start, the money in that account is now effectively just as much hers as it is Brad’s. So hopefully she doesn’t (a) get divorced and have her ex-husband claim an interest in the account, (b) file for bankruptcy and the bankruptcy trustee claims an interest in it, or (c) get in a car accident while texting and have a creditor try to “attach” the account (meaning seize it from them). The point is, once Catherine’s name is on Brad’s money, he’s increased his chances of losing it to outside creditors. And that’s all assuming that Catherine uses the money for Brad’s care. What if she loses her job and has to pay for her own expenses? I wish I could say that these are uncommon occurrences, but they are not. And they can happen to anybody.

Or consider this scenario: Brad puts Catherine’s name on the bank account because he wants to avoid probate when he’s gone. He then writes up a beneficiary deed passing his house to Daisy because he wants each of them to have exactly half of his estate. Even though that’s $200k to one daughter and $100k to the other, he knows Catherine will “do the right thing” and give $50,000 cash to her sister to even up their shares. Nothing could possibly go wrong with that, right?

The problem is, people do funny things when it comes to money. Catherine and Daisy got along when they were little girls, but Daisy moved halfway around the world to follow her career while Catherine stayed at home caring for dear old Dad, so shouldn’t Catherine have more of the money, anyway? That’s what Catherine’s husband keeps telling her, and it’s starting to convince her to keep that extra $50,000. Brad never did like that guy…

The point is, there is absolutely nothing binding Catherine to “do the right thing” and even up the scales for her and her sister. Joint names do nothing to ensure that Brad’s wishes are followed, if he truly wants his daughters to split the property equally. A trust would ensure that happened. In normal circumstances, the trustee would sell the house after Brad’s death, add the proceeds to the cash account at the bank, and then divide that property exactly 50-50. Even if Catherine was the trustee and didn’t want to do that, she wouldn’t be able to do otherwise. That’s the beauty of trusts—they are like sets of instructions that must be followed to the letter while you are incapacitated or dead, and they trump family emotions. You know how they say, “Good fences make good neighbors?” Even if Catherine and Daisy hated one another, they’d be forced under trust law to split things equally and get along civilly, at least until the house was sold and the proceeds divided. Plus, when property is passed to heirs and held in trust for them, they can get substantial protection against creditors, divorce, and bankruptcy. The protection is strong and unique to trust law.

OK, so let’s say your kids are perfect, unlike Brad’s. First of all, congratulations. However, just because your kids will distribute the money as you’d want when you’re gone still doesn’t make joint ownership the perfect solution to your estate planning goals, for one very simple reason: taxes. Capital gains are realized when you sell a capital asset. You are taxed on the difference between the amount you receive in the sale and the amount you paid for the asset. You sell a company’s stock for $100 that you bought for $20, there is $80 of gain for you to be taxed on.

If Brad put her name on the property, though, she is a part owner, and her 1/2 interest in the property doesn’t get stepped-up to the date-of-death value. When she sells the property there is potential for a much larger tax liability. $80 or $100 doesn’t sound like much, but tack a couple zeroes onto the ends of those figures, and suddenly tax planning becomes a much more important strategy.

Dan is an associate attorney at The Laiderman Law Firm, P.C. in Creve Coeur, Missouri. He earned his Masters in Taxation (LL.M.) and J.D. at the Washington University School of Law in 2014 and 2013, respectively, and now helps clients like Brad avoid the problems illustrated in this article. He lives in St. Louis with his wife, their cat, and their dog. He may be reached at dan@laidermanlaw.com.

A Simple Guide to Wills and Estate Planning

Is Having One Year of Cash on Hand a Good Idea?